Robert Forczyk has a PhD in International Relations and National Security from the University of Maryland and a strong background in European and Asian military history. He retired as a lieutenant colonel from the US Army Reserves having served as an armor officer in the US 2nd and 4th Infantry Divisions and as an intelligence officer in the 29th Infantry Division (Light). Dr Forczyk is currently a consultant in the Washington, DC area.

Peter Dennis was born in 1950. Inspired by contemporary magazines such as Look and Learn he studied Illustration at Liverpool Art College. Peter has since contributed to hundreds of books, predominantly on historical subjects, including many Osprey titles. A keen wargamer and modelmaker, he is based in Nottinghamshire, UK. 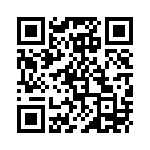