The book's basis was a nine month visit to America by De Tocqueville in 1831, ostensibly to study America's prison system. It was an interesting time to visit America, half-way between the ... Read full review

What Tocqueville has to say about the American character is still mostly true, but his observations of our political institutions have been supplanted by the welfare state and our role in world empire ... Read full review 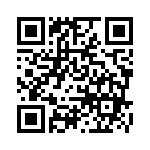