Barbara Metcalf is Alice Freeman Palmer Professor of History at the University of Michigan, Ann Arbor. Her publications include Islamic Revival in British India (1982) and Islamic Contestations: Essays on Muslims in India and Pakistan (2004) .

Thomas Metcalf is Emeritus Professor of History and Emeritus Sarah Kailath Professor of India Studies at the University of California, Berkeley. His recent publications include Ideologies of the Raj (2004) and Forging the Raj: Essays on British India in the Heyday of Empire (2005). 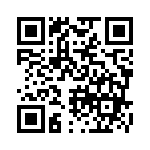