The book's conversational style, coupled with the author's thorough and in-depth scholarship in both the historical era and the law, make Northwestern University law professor Steven Lubet's "Death in ... Read full review

Murder in tombstone: the forgotten trial of Wyatt Earp

The prosecution said that it was first-degree murder, nothing else; the defense said that it was a proper discharge of duties and self-defense. The full truth will never be known, but Lubet (law ... Read full review

Steven Lubet is professor of law at Northwestern University, where he is the director of the Program on Advocacy and Professionalism. He is the author of numerous books on legal strategy and trial advocacy. 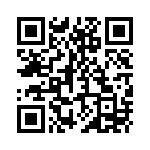