Emile Durkheim, French sociologist, is, with Max Weber, one of the two principal founders of modern sociology. Durkheim became a professor of sociology at the Sorbonne, where he founded and edited the very important journal L'Annee Sociologique. He is renowned for the breadth of his scholarship; for his studies of primitive religion; for creating the concept of anomie (normlessness); for his study of the division of labor; and for his insistence that sociologists must use sociological (e.g., rates of behavior) rather than psychological data. His Suicide (1897) is a major sociological classic that is still read today, not so much for its data, which are limited and out of date, but for the brilliance of his analysis of suicide rates and other data that had been initially obtained for administrative rather than scientific purposes. Durkheim's notion of community, his view that religion forms the basis of all societies, had a profound impact on the course of community studies. His work continues to influence new generations of sociologists. 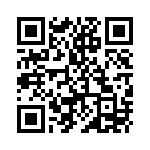