This is one of my favorite early Heinlein books. Other writers wrote similar themed books but his almost casual style and fun ideas make this great. Read full review

This moved fast enough to keep me reading. It is the predecessor of G'oaulds and Souls, but is kind of a cross between the two. It is a bit dated, and the social politically correctness just isn't ... Read full review

Robert Anson Heinlein was born on July 7, 1907 in Butler, Mo. The son of Rex Ivar and Bam Lyle Heinlein, Robert Heinlein had two older brothers, one younger brother, and three younger sisters. Moving to Kansas City, Mo., at a young age, Heinlein graduated from Central High School in 1924 and attended one year of college at Kansas City Community College. Following in his older brother's footsteps, Heinlein entered the Navel Academy in 1925. After contracting pulmonary tuberculosis, of which he was later cured, Heinlein retired from the Navy and married Leslyn MacDonald. Heinlein was said to have held jobs in real estate and photography, before he began working as a staff writer for Upton Sinclair's EPIC News in 1938. Still needing money desperately, Heinlein entered a writing contest sponsored by the science fiction magazine Thrilling Wonder Stories. Heinlein wrote and submitted the story "Life-Line," which went on to win the contest. This guaranteed Heinlein a future in writing. Using his real name and the pen names Caleb Saunders, Anson MacDonald, Lyle Monroe, John Riverside, and Simon York, Heinlein wrote numerous novels including For Us the Living, Methuselah's Children, and Starship Troopers, which was adapted into a big-budget film for Tri-Star Pictures in 1997. The Science Fiction Writers of America named Heinlein its first Grand Master in 1974, presented 1975. Officers and past presidents of the Association select a living writer for lifetime achievement. Also, the Science Fiction and Fantasy Hall of Fame inducted Heinlein in 1998. Heinlein died in 1988 from emphysema and other related health problems. Heinlein's remains were scattered from the stern of a Navy warship off the coast of California. 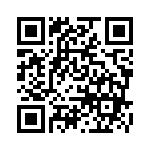