My father, il Duce: a memoir by Mussolini's son

A truly touching Novel that paints a picture that most will never get to see. Throughout school I was taught to despise this man for being an ally of Nazi Germany, but the story of Benito Mussolini is very complex and rarely analyzed. Romano gives us a first hand look at one of the greates men of the 20th century.

Romano Mussolini, born in Italy on September 26, 1927 went on to become a distinguished jazz musician, recording ten albums. He collaborated with some of the greatest jazz artists of all time including Lionel Hampton, Dizzy Gillespie, and Tony Scott. After World War II, the self-taught musician had faced a bitter struggle to assimilate back into society. In Rome, he said he sold chickens to survive. His surname was cursed and for a while he performed music under the stage name Romano Full. Eventually, he resumed his identity as Romano Mussolini in the 1960s when his All Stars ensemble won critical acclaim. His whole life he refrained from discussing his father's legacy until publishing this memoir in Italian at age seventy-seven in 2004 "before it was too late." His first marriage was in 1962 to Maria Sciccolone, a jazz singer and younger sister of famed actress Sophia Loren. The couple had two daughters, Elisabetta and Alessandra, though ultimately divorced after years of marital estrangement. In 1990 Romano married the actress Carla Puccini, with whom he had a daughter Rachele. He lived in Rome until his death on February 3, 2006.

Alexander Stille is the acclaimed author of Benevolence and Betrayal: Five Italian Jewish Families under Fascism; Excellent Cadavers: The Mafia and the Death of the First Italian Republic; The Future of the Past; and The Sack of Rome: How a Beautiful European Country with a Fabled History and a Storied Culture Was Taken Over by a Man Named Silvio Berlusconi. He is a regular contributor to The New York Times and to one of Italy's most influential newspapers La Repubblica, as well as to Atlantic Monthly, The New Yorker, and U.S. News & World Report. 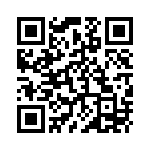