A Guide to the Japanese Stage: From Traditional to Cutting Edge (Origami Classroom)

When Western readers think of Japanese theater, the image that most often comes to mind is that of Kabuki, in which male actors play both male and female roles. But there's much more to Japanese ... Read full review

RONALD CAVAYE is a concert pianist who studied in London, Hannover, and Budapest. He was a professor of piano at the Musashino Academy of Music in Tokyo from 1979 to 1986, and a founding narrator of the English-language "Earphone Guide" commentaries at Tokyo's Kabuki-za and National Theatre. He
performs regularly in Japan and the United States, has written two books on music education, and penned articles for the Edinburgh Festival, the Paris Autumn Festival, and The Times. He is the author of Kabuki: A Pocket Guide and has translated for the University of Hawaii Press's Kabuki Plays on
Stage.

PAUL GRIFFITH is currently pursuing a doctorate in Japanese Theater History at Wadham College, Oxford University. He was an associate professor at Saitama University's Education Faculty for ten years, and has also worked on the Kabuki woodblock print collection in the Far East Department of the
Victoria and Albert Museum, London. He is a translator for NHK Television's bilingual series Japanese Traditional Performing Arts, and since 1985 has been a translator and narrator of the English-language "Earphone Guide" commentaries for both Kabuki and Bunraku at Tokyo's Kabuki-za and National
Theatre.

AKIHIKO SENDA is a professor of drama at Shizuoka University of Art and Culture, and the president of the International Association of Theater Critics (lATC) Japan Center. He is the best-known theater critic in Japan, regularly writing reviews for newspapers and magazines. He has also published
several books on theater and musicals, including The Voyage of Contemporary Japanese Theatre, which was awarded an Art Encouragement Prize from the government. 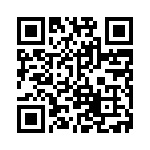