An oddball, highly personal, and non-mathematical little book on the interpretation of quantum mechanics and some of the effects on the wider culture. Fortunately, the author is well qualified, and is ... Read full review

Jeremy Bernsteinis a former staff writer for theNew Yorker. He is the author of many books, includingPlutonium: A History of the World’s Most Dangerous ElementandOppenheimer: Portrait of an Enigma. 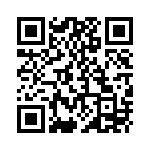