VERY NICE BOOK. I LOVE IT😊

It's a good book, but there's no need to highlight every "tom" or "tom sawyer" in the book.

Page xvii - You don't know about me without you have read a book by the name of The Adventures of Tom Sawyer; but that ain't no matter. That book was made by Mr. Mark Twain, and he told the truth, mainly.
Appears in 338 books from 1892-2007
Page 11 - Bringing water from the town pump had always been hateful work in Tom's eyes, before, but now it did not strike him so. He remembered that there was company at the pump. White, mulatto, and Negro boys and girls were always there waiting their turns, resting, trading playthings, quarreling, fighting, skylarking.
Appears in 62 books from 1888-2006
More
Page 177 - You'd scarce expect one of my age, To speak in public on the stage ; And if I chance to fall below Demosthenes or Cicero, Don't view me with a critic's eye, But pass my imperfections by.
Appears in 377 books from 1811-2007
Page ix - Huck Finn is drawn from life; Tom Sawyer also, but not from an individual — he is a combination of the characteristics of three boys whom I knew, and therefore belongs to the composite order of architecture.
Appears in 55 books from 1880-2007
Page 288 - She makes me git up just at the same time every morning; she makes me wash, they comb me all to thunder; she won't let me sleep in the woodshed; I got to wear them blamed clothes that just smothers me, Tom; they don't seem to any air git through 'em, somehow; and they're so rotten nice that I can't set down, nor...
Appears in 38 books from 1896-2006
Page 3 - Man that is born of woman is of few days and full of trouble. He cometh forth like a flower and is cut down ; he fleeth also as a shadow and continueth not.
Appears in 540 books from 1824-2007
Page 11 - Can't, Mars Tom. Ole missis, she tole me I got to go an' git dis water an' not stop foolin' 'roun
Appears in 45 books from 1888-2006
Page 17 - He had discovered a great law of human action, without knowing it, namely, that in order to make a man or a boy covet a thing, it is only necessary to make the thing difficult to attain. If he had been a great and wise philosopher, like the writer of this book, he would now have comprehended that work consists of whatever a body is obliged to do, and that play consists of whatever a body is not obliged to do.
Appears in 80 books from 1903-2007
Page 118 - ... down.' It was conscience. They began to feel a vague fear that they had been doing wrong to run away; and next they thought of the stolen meat, and then the real torture came. They tried to argue it away by reminding conscience that they had purloined sweetmeats and apples scores of times; but conscience was not to be appeased by such thin plausibilities. It seemed to them, in the end, that there was no getting around the stubborn fact that taking sweetmeats was only 'hooking...
Appears in 21 books from 1896-2006
Page 290 - Can't let me in, Tom? Didn't you let me go for a pirate?" "Yes, but that's different. A robber is more high-toned than what a pirate is — as a general thing. In most countries they're awful high up in the nobility — dukes and such.
Appears in 23 books from 1903-2007
Less

Mark Twain—the pen name of Samuel Clemens—is widely regarded as America's greatest 19th-century fiction writer. Twain began crafting short stories in his memorably witty style while working as a journalist. The success of these humorous narratives led to further tales, most notably his classic novel The Adventures of Tom Sawyer and its more ambitious follow-up, Adventures of Huckleberry Finn. A frequent lecturer, Twain is remembered for both his literary contributions and his outsized personality. 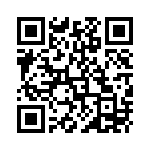