Page 3 - It is hardly possible to overrate the value in the present low state of human improvement, of placing human beings in contact with persons dissimilar to themselves, and with modes of thought and action unlike those with which they are familiar . . . Such communication has always been and is peculiarly in the present age, one of the primary sources of progress...
Appears in 68 books from 1849-2008
Page 9 - A person is not likely to be a good economist who is nothing else. Social phenomena acting and reacting on one another, they cannot rightly be understood apart...
Appears in 31 books from 1879-2003
More
Page 14 - Science in the twentieth century lies in an enlightened and democratic 'economic imperialism', which invades the territories of its neighbours, not to enslave them or to swallow them up, but to aid and enrich them and promote their autonomous growth in the very process of aiding and enriching itself. This is the first known use of the term 'economic imperialism' to describe an attempt to link up economics with the other social sciences.
Appears in 8 books from 1933-2005
Page 12 - There is nothing surprising in the habit of economists to invade the sociological field. A large part of their work — practically the whole of what they have to say on institutions and on the forces that shape economic behavior — inevitably overlaps the sociologist's preserves. In consequence, a no-man's land or everyman's land has developed that might conveniently be called economic sociology. More or less important elements that hail from that land are to be found in practically every economic...
Appears in 9 books from 1949-2004
Page 13 - INTRODUCTION ROBERT LYND'S critical diagnosis of the crippling situation of the social sciences in the thirties was echoed later by SCHUMPETER'S statement that the social sciences have steadily grown apart 'until by now the modal economist and the modal sociologist know little and care less about what the other does, each preferring to use, respectively, a primitive sociology and a primitive economics of his own to accepting one anothers' professional results - a state of things that was and is not...
Appears in 10 books from 1947-2006
Page 15 - ... countries," which of course it does, but in putting some of them into a strait jacket of "economic" categories which is illsuited to their own conditions.
Appears in 5 books from 1934-2007
Less 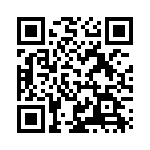