Camilla Fojas is an associate professor of media studies and affiliated faculty in American studies at the University of Virginia. 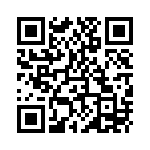