The part about India-Pakitan war of 1947 over Kashmir is pure fiction. In 1947 there was one kingdom of "Jammu and Kashmir" and not two separate states of Jammu and Kashmir. Lord Mountbatton "did not help" India airlift her troops to Srinagar. It was done by Indian leaders and Indian army after the state legally acceded to India.. Lord Mountbatton and British officers used delaying tactics to give pakistani raiders and armyenough time to capture Kashmir. He persuaded prime minister Nehru to take the complaint to UN. The UN reolution of 13 August 1948 was initially rejected by Pakistan (in 4 days). They accepted it only when their army was at the verge of a complete defeat in Nov/Dec 1948. If the war had continued any longer, entire territory of Jammu and Kashmir would have been freed by India and there wuld have been no Kashmir problem.

Alexander Mikaberidze is assistant professor of history at Louisiana State University, Shreveport, LA and an award-winning author of eight books. 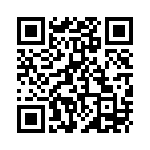