Another of Duncan's fantasies about the King's Blades (Impossible Odds, 2003, etc.), superhumanly skillful swordsmen/bodyguards magically bound to defend their ward to the death.Sir Wolf, he of the ... Read full review

I had a hard time with this book. It did capture my attention and I was able to finish it, I am just not a big fan of fantasy novels. This reminded me of reading something that I cared nothing about ... Read full review

Dave Duncan is an award-winning author whose fantasy trilogy, The Seventh Sword, is considered a sword-and-sorcery classic. His numerous novels include three Tales of the King's Blades -- The Gilded Chain, Lord of the Fire Lands, and Sky of Swords; Paragon Lost, a previous Chronicle of the King’s Blades; Strings, Hero; the popular tetralogies A Man of His Word and A Handful of Men; and the remarkable, critically acclaimed fantasy trilogy The Great Game. 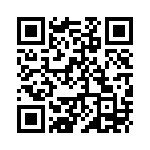