Barbara D. Metcalf is Professor in the Department of History, University of California, Davis. Her publications include Islamic Revival in British India (1982) and, more recently, Making Muslim Space in North America and Europe (1996). Thomas R. Metcalf is Professor of History and Sarah Kailath Professor of India Studies at the University of California, Berkeley. His publications include Ideologies of the Raj (1994, 1997), and An Imperial Vision: Indian Architecture and Britain's Raj (1989). 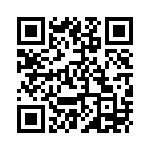