I bought this as a gift for my sister who is married to an Italian and she loves to cook. It adds some interest to some wonderful recipes. Read full review

Tony Lip originated from the Bronx, New York. He worked for twelve years at the world-famous Copacabana Nightclub in New York City. At the Copa, he played host to the most famous personalities of the era, including Frank Sinatra, Tony Bennett and Bobby Darin. Lip then went on to a career in acting. He got his first big break when he was cast in the hit film, The Godfather. He then appeared in several major motion pictures including Crazy Joe, The Pope of Greenwich Village, The Year of the Dragon, Honor Thy Fathers, Goodfellas, and Donnie Brasco. He was also featured as the New York mob boss Carmine Lupertazzi on the hit HBO series, The Sopranos. Lip passed away in 2013. His travels with pianist Don Shirley through the South in 1962 is portrayed in the 2018 movie Green Book.

Steven Priggé has written three previous books. He is the co-author of the Italian-American celebrity cookbook Shut Up and Eat!, and the author of Movie Moguls Speak and Created By. Priggé also writes freelance articles for one of the most widely read food magazines in the world, Bon Appetit, as well as for other top publications such as Written By and MovieMaker. He lives in New York City. 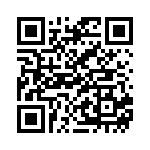