Mark Kermode is a film critic and broadcaster. He writes for Sight and Sound and the Independent, and provides weekly film reviews for BBC Radio 5. On television he appears regularly on BBC 2's Newsnight Review, and has written and presented numerous film documentaries including The Fear of God: 25 Years of the Exorcist and Poughkeepsie Shuffle: Tracing the French Connection for the BBC, and Hell on Earth: The Desecration and Resurrection of Ken Russell's The Devils, The Cult of The Wicker Man and On the Edge of Blade Runner for Channel 4. 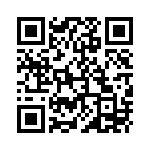