Overall this is an incredible story. Even though it takes 1300 pages for the author to tell us that all Toranaga wanted was a friend. Great history blended with heated emotions, loss, betrayal and lots of daring do. Read full review

Blackthorne is a ship's pilot in the 15th or 16th century. He finds a way to Japan through Portuguese rutters. He makes a considerable influence on many Japanese and vice versa throughout. An extremely long novel that took me about a year to finish reading. Read full review 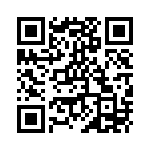