Aharon Appelfeld was born in Czernovitz, Bukovina, in 1932. When the Nazis swept east, his mother was killed, and he was transported to the labor camp at Transnistria, from which he soon escaped. For the next three years, he wandered in the forests. Sometime in 1944, he was picked up by the Red Army, served in field kitchens in Ukraine, and thence made his way to Italy. He reached Palestine in 1946. A veteran of the Israeli Army, now married and the father of three children, he teaches at Ben Gurion University. 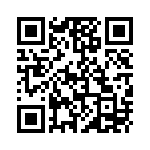