Raised in Mason County, West Virginia, W.L. Jeffers graduated from Hannan Jr./Sr. High School. He is a husband and father and a farmer by trade. He enjoys reading, writing, spending time with family and playing the part of Dungeon Master for his son and their groups. He also enjoys hunting and fishing.

With each new story and novel passing from his mind to paper, W.L. Jeffers wants to bring new passion and life to the stories he imagines. Join him on Facebook at www.facebook.com/jeffersarchives. 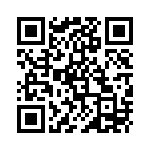