Kam Wing Chan is Professor of Geography at the University of Washington, USA. He is a leading expert on China's urbanization, migration, and the household registration (hukou) system, and author of an important work on China’s urbanization: Cities with Invisible Walls: Reinterpreting Urbanization in Post-1949 China (Oxford University Press, 1994). 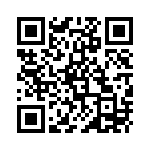