Edward Greenberg is Professor Emeritus of Economics at Washington University, St Louis, where he served as a Full Professor on the faculty from 1969 to 2005. Professor Greenberg also taught at the University of Wisconsin, Madison, and has been a Visiting Professor at the University of Warwick (UK), Technion University (Israel) and the University of Bergamo (Italy). A former holder of a Ford Foundation Faculty Fellowship, Greenberg is the author of the first edition of Introduction to Bayesian Econometrics (Cambridge University Press, 2008) and the co-author of four books: Wages, Regime Switching, and Cycles (1992), The Labor Market and Business Cycle Theories (1989), Advanced Econometrics (1983, revised 1991) and Regulation, Market Prices, and Process Innovation (1979). His published research has appeared in leading journals such as the American Economic Review, Econometrica, the Journal of Econometrics, the Journal of the American Statistical Association, Biometrika and the Journal of Economic Behavior and Organization. Professor Greenberg's current research interests include dynamic macroeconomics as well as Bayesian econometrics. 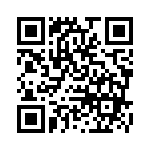