Cao Xueqin was born into a wealthy family whose status diminished, and whose fortune was confiscated when he was still a child. He spent the remainder of his life in poverty. The Dream of the Red Chamber, which he devoted ten years of his life to writing, was not published until thirty years after his death.

H. Bencraft Joly was Vice-Consulate of Macao at the time he translated The Dream of the Red Chamber in an effort to advance appreciation of Chinese literature among Western scholars.

John Minford is dean of the School of Arts and Social Sciences at the Open University of Hong Kong and has taught Chinese literature and literary translation in China, Hong Kong, and New Zealand. He has published widely on Chinese literature and translated numerous works including Strange Tales from a Chinese Studio by Pu Songling and the Art of War.

Edwin Lowe is Associate Lecturer of Chinese Studies in the Department of Asian Studies at Macquarie University, Sydney. He has previously worked on the Tuttle Classic edition of The Water Margin and on The Chinese Martial Code by A. L. Sadler. 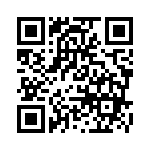