O'Mearas first research interests concerned the arithmetic theory of quadratic forms. Some of his earlier work - on the integral classification of quadratic forms over local fields - was incorporated into a chapter of this, his first book. 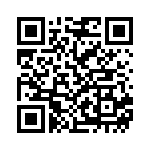