this is a very good book it has helped me to complete my course work and now i have sited it as one of my references. on: Identify how changes in the external environment may affect the OM strategy for a company. 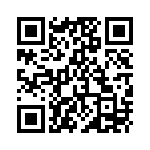