This was a very enjoyable read. Malcolm reads and writes reviews, for a living. For the CIA. Someone learned something he wasn't supposed to and Malcolm and all his co-workers are supposed to be ... Read full review

One of the few book to movie pairs in which the movie is much better than the book. The book has all the hallmarks of a young man's first novel. Unlikely plot burdened with outrageous coincidences ... Read full review

James Grady (b. 1949) is the author of screenplays, articles, and over a dozen critically acclaimed thrillers. Born in Shelby, Montana, Grady worked a variety of odd jobs, from hay bucker to gravedigger, before graduating from the University of Montana with a degree in journalism. In 1973, after years of acquiring rejection slips for short stories and poems, Grady sold his first novel: Six Days of the Condor, a sensational bestseller that was eventually adapted into a film starring Robert Redford. After moving to Washington, DC, Grady worked for a syndicated columnist, investigating everything from espionage to drug trafficking. He quit after four years to focus on his own writing, and has spent the last three decades composing thrillers and screenplays. His body of work has won him France’s Grand Prix du Roman Noir, Italy’s Raymond Chandler Award, and Japan’s Baka-Misu literary prize. Grady’s most recent novel is Mad Dogs (2006). He and his wife live in a suburb of Washington, DC. 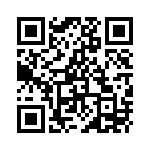