This book is incredibly moving. Written decades ago when feelings and attitudes about homosexuality were different than they are today (at least, from appearances), this book shows the trauma and ... Read full review

This is one of those books that I probably would never have read if it hadn't been on the 1001 Books to Read Before You Die list and that would have been a shame. I thought the writing was beautiful ... Read full review

Born in Harlem in 1924, Baldwin had an early career as a teenage preacher. He lived in Paris from 1948-1956 and his first novels, the autobiographical GO TELL IT ON THE MOUNTAIN and GIOVANNI'S ROOM established him as a promising novelist and anticipated some of the themes of his later works, such as racism and sexuality. He became a prominent spokesperson for racial equality, especially during the civil rights movement. He lived in France during his last years. Baldwin died in 1987. 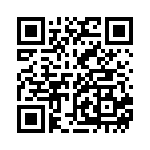