This new biography attempts a balanced assessment of the most famous scientist of modern times. Brian (Genius Talk: Conversations with Nobel Scientists and Other Luminaries, 1995) draws on material ... Read full review

The making of the mythology of Albert Einstein began well before his death and shows no sign of abating. One of these books aims to cut through the myth; the other to capitalize on it. Brian's ... Read full review

DENIS BRIAN is the author of The True Gen: An Intimate Portrait of Hemingway by Those Who Knew Him and Genius Talk: Conversations with Nobel Scientists and Other Luminaries. He lives in West Palm Beach, Florida. 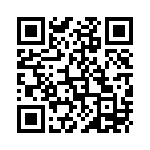