Kristen Renwick Monroe is professor of political science at the University of California, Irvine. Her many books include The Heart of Altruism and The Hand of Compassion (both Princeton). 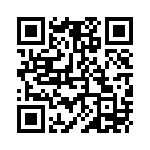