Gabriel Thompson is an independent journalist who has written for the New York Times, Harper’s, New York, Slate, Mother Jones, Virginia Quarterly Review, and the Nation. His articles about labor and immigration have won a number of prizes, including the Studs Terkel Media Award and the Sidney Award. His most recent book is America’s Social Arsonist: Fred Ross and Grassroots Organizing in the Twentieth Century. 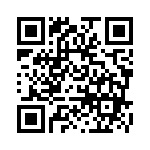