This book captured my interest and I didn't want to put it down from start to finish. It was interesting to see the back story behind some of the most famous headlines. It was also a great history ... Read full review

This book is very entertaining and insightful. It enables you to form a more rounded picture of both Terry, the Democratic Party & the Clintons. Terry's tenacious nature and positive attitude shine ... Read full review

Terry McAuliffe is the Governor-elect of Virginia, former chairman of the Democratic National Committee, legendary fund-raiser, and confidant of Presidents. He lives in McLean, Virginia, with his wife, Dorothy, and their five children.

Steve Kettmann has written for publications including The New York Times, The New Republic, and Salon.com. The author of One Day at Fenway, Steve cowrote the #1 New York Times bestseller, Juiced, with Jose Canseco. 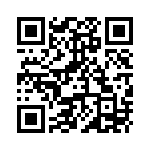