Warning: Contains spoilers for the previous book in the series, Divine by Mistake Shannon Parker has been magically traded with her "mirror image" in the mystical land of Partholon, Rhiannon, Goddess ... Read full review

I am caught between giving this either three or four stars. It was good but it was not amazing. I do love the writing style in these books- it's really simple and flows really well. It makes the books ... Read full review

P.C. Cast was born in Watseka, Illinois in 1960. After graduating from high school, she joined the U.S. Air Force. After her tour of duty, she taught English in high school for 15 years before becoming a full-time author. She has written numerous books including the Goddess Summoning series, the Partholon series, and the Divine series. She co-writes the young adult House of Night novels with her daughter Kristin. She has received several awards including the Oklahoma Book Award, Romantic Times Reviewers' Choice Award, the Prism, Holt Medallion, Daphne du Maurier, and the Laurel Wreath. Moon Chosen, the first title in Cast's new series, Tales of a New World, became a New York Time bestseller in 2016. 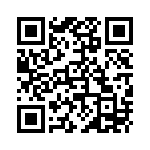