Douglas Comer, Distinguished Professor of Computer Science at Purdue University, is an internationally recognized expert on computer networking, the TCP/IP protocols, and the Internet. The author of numerous refereed articles and textbooks, he is a pioneer in the development of curriculum and laboratories for research and education.

A prolific author, Comer's popular books have been translated into 16 languages, and are used in computer science, engineering, and business departments around the world. His landmark three-volume series Internetworking With TCP/IP revolutionized networking and network education. His textbooks and innovative laboratory manuals have shaped, and continue to shape, graduate and undergraduate curricula.

The accuracy and insight of Dr. Comer's books reflect his extensive background in computer systems. His research spans both hardware and software. He has created a complete operating system, written device drivers, and implemented network protocol software for conventional computers as well as network processors. The resulting software has been used by industry in a variety of products.

Comer has created and teaches courses on network protocols and computer technologies for a variety of audiences, including courses for engineers as well as academic audiences. His innovative educational laboratories allow him and his students to design and implement working prototypes of large, complex systems, and measure the performance of the resulting prototypes. He continues to teach at industries, universities, and conferences around the world. In addition, Comer consults for industry on the design of computer networks and systems.

For over 15 years, Professor Comer has served as editor-in-chief of the research journal Software-Practice and Experience. He is a fellow of the ACM, a Fellow of the Purdue Teaching Academy, and a recipient of numerous awards, including a Usenix Lifetime Achievement award 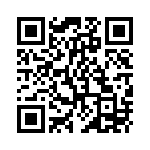