Ugliness may be only skin deep, but that turns out to be deep enough in this droll odyssey from Down Under. Puzzled as to why humans seem willing to go out of their way to turn any of his species that ... Read full review

I read the book Toad Rage by Morris Gleitzman. I chose this book because it looked funny and it was short. It was a very funny book. I enjoyed reading it and recomend it to students who like toads ... Read full review

Morris Gleitzman was born in 1953 in Sleaford, Lincolnshire, England. He and his family emigrated to Australia in 1969. Morris began his writing career as a screenwriter, and wrote his first children's novel in 1985. Before he began to write full time, he held various jobs as a paperboy, department store Santa Claus, fashion-design assistant and sugar-mill employee. In between, he managed to earn a degree in Professional Writing at the Canberra College of Advanced Education. Later he became sole writer for three award-winning and top-rating seasons with the TV comedy series The Norman Gunston Show. Gleitzman has written a number of film and television movie screenplays, including The Other Facts of Life and Second Childhood, both produced by The Australian Children's Television Foundation. The Other Facts of Life won the 1985 AWGIE Award for the Best Original Children's Film Script. Gleitzman has also written live stage material for Rolf Harris, Pamela Stephenson and the Governor General of Australia. Morris is also well known through his semi-autobiographical columns in The Age and Sydney Morning Herald magazine, Good Weekend, from which he has retired after nine years. Collections of his columns have been published by Pan Macmillan in Just Looking and Gleitzman on Saturday, and by Penguin in Self Helpless. One of his most successful books for young people is Two Weeks with the Queen, an international bestseller which was also adapted into a play by Mary Morris. The play had many successful seasons in Australia and was produced at the National Theatre in London in 1995. His other books have been either shortlisted for, or have won numerous children's book prizes around the country. These include The Other Facts of Life, Second Childhood, Misery Guts, Worry Warts, Puppy Fat, Blabber Mouth, Sticky Beak, Belly Flop, Water Wings, Bumface, Gift Of The Gab, Toad Rage, Wicked! and Deadly!, two six-part novels written in collaboration with Paul Jennings, Adults Only, Toad Heaven, Boy Overboard, Teacher's Pet, and his latest book, Toad Away. Gleitzman's children's books have been published in the UK, the USA, Germany, Italy, Japan, France, Spain, Portugal, Holland, Sweden and Finland. Gleitzman himself was voted Favourite Australian Author for 1999 in the Dymocks Booksellers Children's Choice Awards. Bumface was voted Second Most Popular Children's Book Of All Time in the 1999 Angus & Robertson National Readers' Survey. He is also an Astrid Lindgren award nominee. Morris Gleitzman was nominated for a 2016 Carnegie and Kate Greenaway medal in the Australian author and ilustrator category. In 2016, his book Soon won the 2016 Children's Book Council of Australia (CBCA) Book of the Year Award, Young Readers and and the 2016 Kids Own Australian Literature Awards (KOALAs) for Fiction for years 7-9. He was also named the 2018-2019 Australian Children's Laureate. The theme for his two-year term will be Stories Make Us - Stories Create Our Future. 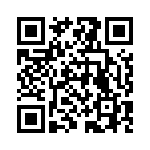