Wtf?: What's the Future and Why It's Up to Us

“Everything is amazing, everything is horrible, and it’s all moving too fast,” writes O’Reilly, founder of a media company based in Silicon Valley, who describes himself as having spent most of his ... Read full review

Tim O’Reilly is the founder and CEO of O’Reilly Media, the company that has been providing the picks and shovels of learning to the Silicon Valley gold rush for the past thirty-five years. The company delivers online learning, publishes books, runs conferences, and has repeatedly shaped the discussion for each successive wave of innovation. Tim is also a partner at O’Reilly AlphaTech Ventures, an early stage venture firm, and is on the boards of Code for America, Maker Media, PeerJ, Civis Analytics, and PopVox. 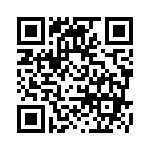