A masterly survey, with the virtue of Convenient arrangement of political and some cultural and religious history. Treadgold runs a sort of scorecard on Emperor effectiveness and does introduce some ... Read full review

A history of the Byzantine state and society

Warren Treadgold is Professor of History at Florida International University. He is the author of, most recently, Byzantium and Its Army, 284-1081 (Stanford, 1995). 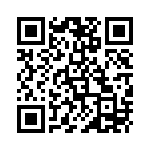