Across five tumultuous decades,Jerry Hellerhas helped shape American popular music, breaking new talent, developing new trends, and forging an industry-wide reputation as "the guy who gets there first." He rose to prominence in the 1960s as a "superagent," importing Elton John and Pink Floyd for their first major American tours, and representing Journey, Marvin Gaye, Joan Armatrading, Van Morrison, War, Average White Band, ELO, Eric Burdon, and Crosby-Nash, among many others.In the mid-1980s, Heller was the moving force and marketing genius behind the worldwide emergence of West Coast rap music. He not only cofounded Ruthless Records with Eazy-E, but discovered, signed, or managed the likes of N.W.A., The Black Eyed Peas, Above the Law, The D.O.C., and Bone Thugs-N-Harmony. Jerry Heller lives in Calabasas, California, with his wife, Gayle, a Realtor for Sotheby's; his sister-in-law, Vicki, an attorney; and their menagerie of animals. 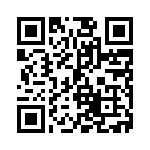