Luc Steels is a pioneer in the use of agent-based models for exploring issues in the origins and evolution of language. He is currently ICREA research professor at the Institut de Biologia Evolutiva (UPF/CSIC) in Barcelona. Steels studied linguistics at the University of Antwerp and computer science (with specialisation in Artificial Intelligence) at MIT. He founded the Artificial Intelligence Laboratory at the Free University of Brussels (VUB) in 1983 and the Sony Computer Science Laboratory in 1996. Both laboratories have been at the forefront of scientific research into language evolution. Steels published several key articles on the computational modeling of language evolution and proposed a theory which maps concepts from evolutionary biology to the cultural level. Steels edited several books, including 'Experiments in Cultural Language Evolution' published by John Benjamins in 2011. 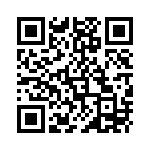