Pamela Regis has written a book of literary criticism analyzing and defending the romance novel in English, from the 18th century forward. She also discusses earlier models, such as Greek New Comedy ... Read full review

A natural history of the romance novel

Academics and scholars will be happy to note that Regis's long-awaited study of the romance genre is finally here. In what may be the first book-length scholarly work on the topic. Regis (English ... Read full review

Pamela Regis is Professor of English at McDaniel College and the author of Describing Early America: Bartram, Jefferson, Crevecoeur, and the Influence of Natural History, also available from the University of Pennsylvania Press. She is the receipient of the 2007 Melinda Helfer Fairy Godmother Award. 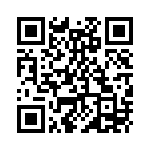