I read this along with B-Max - apparently Watts meant the two of these to be one story, not two books and it does have that feel. This is the weakest of the series for sure - plot-wise. There is still ... Read full review

Fourth entry in Watts's postapocalyptic "trilogy" begun with Starfish (1999), although the author does warn us: "Stop right there! This is not a complete novel . . . If you haven't read Part 1 ... Read full review

Peter Watts calls himself "a reformed marine biologist." Canada's Globe and Mail calls him "one of the very best hard-SF writers alive." The two volumes of ßehemoth complete the trilogy he began with Starfish and Maelstrom. He is currently writing an unrelated literary novel involving space vampires for Tor. He lives in Toronto, Canada. 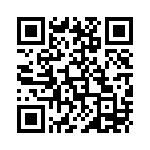