Henry S. Turner is Assistant Professor in the English Department at the University of Wisconsin-Madison, where he has taught since 2000. He received his BA from Wesleyan University, an MA in Renaissance Studies and Critical Theory from the University of Sussex, an MA, MPhil and PhD from Columbia University, and a DiplŰme Supťrieur d'Ètudes FranÁaises from the Universitť de Bourgogne. From 1993-94 he taught in the Dťpartement d'Anglais at the Universitť de Nice. At Madison, his primary research and teaching areas are in Renaissance literature and culture and in twentieth-century critical theory. He is affiliated with the Center for European Studies and with the Center for Renaissance and Early Modern Studies at Madison. He has received grants from the National Endowment for the Humanities, the Whiting Foundation, the Andrew W. Mellon Foundation, the University of Wisconsin-Vilas Foundation, and the Folger Shakespeare Library. 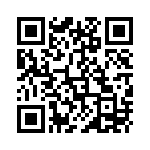