Rachel Woodward is Reader in Critical Geography at Newcastle University. She is the author of Military Geographies (2004) and of numerous scholarly articles on military geographical and sociological issues.

Trish Winter is Senior Lecturer in Film Studies at the University of Sunderland. She is the author of a number of articles on military representation and gender issues in the Armed Forces. 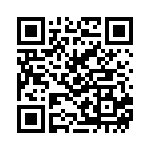