Jim Jones lives...: The issue of how best to govern a nation is of great importance and should be explored through intellectual, logical debate. Dahl's book does not carry the weight this topic ... Read full review 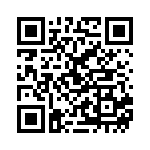