I don't often give a book five stars but in the case of Delirium by Lauren Oliver, it was warranted...especially since I typically do not even care for dystopian stories. Having read Before I Fall, I ... Read full review

This was way better than I thought it would be. Mama, Mama, help me get home I'm out in the woods, I am out on my own. I found me a werewolf, a nasty old mutt It showed me its teeth and went straight ... Read full review

Lauren Oliver captivated readers with her first novel, the New York Times bestseller Before I Fall, a Publishers Weekly Best Book of the Year. She followed that up with Delirium, the first book in her New York Times bestselling trilogy, which continued with Pandemonium. Oliver is also the author of Liesl & Po, a book for middle-grade readers, which received three starred reviews and was described as "a gorgeous story—timeless and magical" by Newbery Medal winner Rebecca Stead. A graduate of the University of Chicago and NYU's MFA program, Lauren Oliver lives in Brooklyn, New York. 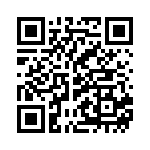