George Eliot was born Mary Ann Evans on a Warwickshire farm in England, where she spent almost all of her early life. She received a modest local education and was particularly influenced by one of her teachers, an extremely religious woman whom the novelist would later use as a model for various characters. Eliot read extensively, and was particularly drawn to the romantic poets and German literature. In 1849, after the death of her father, she went to London and became assistant editor of the Westminster Review, a radical magazine. She soon began publishing sketches of country life in London magazines. At about his time Eliot began her lifelong relationship with George Henry Lewes. A married man, Lewes could not marry Eliot, but they lived together until Lewes's death. Eliot's sketches were well received, and soon after she followed with her first novel, Adam Bede (1859). She took the pen name "George Eliot" because she believed the public would take a male author more seriously. Like all of Eliot's best work, The Mill on the Floss (1860), is based in large part on her own life and her relationship with her brother. In it she begins to explore male-female relations and the way people's personalities determine their relationships with others. She returns to this theme in Silas Mariner (1861), in which she examines the changes brought about in life and personality of a miser through the love of a little girl. In 1863, Eliot published Romola. Set against the political intrigue of Florence, Italy, of the 1490's, the book chronicles the spiritual journey of a passionate young woman. Eliot's greatest achievement is almost certainly Middlemarch (1871). Here she paints her most detailed picture of English country life, and explores most deeply the frustrations of an intelligent woman with no outlet for her aspirations. This novel is now regarded as one of the major works of the Victorian era and one of the greatest works of fiction in English. Eliot's last work was Daniel Deronda. In that work, Daniel, the adopted son of an aristocratic Englishman, gradually becomes interested in Jewish culture and then discovers his own Jewish heritage. He eventually goes to live in Palestine. Because of the way in which she explored character and extended the range of subject matter to include simple country life, Eliot is now considered to be a major figure in the development of the novel. She is buried in Highgate Cemetery, North London, England, next to her common-law husband, George Henry Lewes. 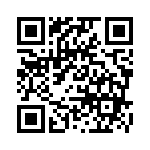