Meysam Badamchi - has a BA in Physics from Tehran University and a Masters in Philosophy of Science from Sharif University of Technology in Tehran, Dr. Badamchi earned his PhD from Luiss Guido Carli University in Rome in 2012, with a dissertation entitled Political Liberalism for Muslim Majority Societies. Since September 2013 Badamchi has been a postdoctoral research fellow at the Center for Modern Turkish Studies at Şehir University in Istanbul, partially granted by the Scientific and Technological Research Council of Turkey (TÜBİTAK). His fields of research include contemporary political theory in Anglo-American and Muslim traditions, political liberalism, multiculturalism, and nationalism as extended to Muslim Majority context, Iranian and Turkish Political Thought, and Iranian and Turkish politics. Some of Dr. Badamchi’s recent publications in peer reviewed journals include: “Political Liberalism for Post-Islamist, Muslim-Majority Societies”, philosophy &="" social="" criticism, vol.="" 41,="" no="" 7,="" 2015;="" “reasonableness,="" rationality="" and="" government:="" the="" liberal="" political="" thought="" of="" mehdi="" haeri="" yazdi”, Iranian Studies, Vol. 47, Issue 4, 2014. He has also translated Will Kymlicka’s iContemporary Political Philosophy: An Introduction /i(OUP, 2002) from English into Persian (Tehran: iNegah-e Moaser/i, 2017) under the author’s supervision—in collaboration with Mohammad Mobasheri—, and participates in BBC Persian TV programs as analyst on the Turkish Politics. Badamchi is also a freelance writer for variety of Iranian websites in the diasporai./i/pp 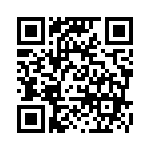