It had to be awkward. The good theologians at Wheaton College threw a Theology Conference based solely on the theology of N. T. Wright, and invited him to come and respond. Wright handled the ... Read full review

Nicholas Perrin holds the Franklin S. Dyrness Chair of Biblical Studies at the Wheaton College Graduate School. Between 2000 and 2003, he was research assistant for N.T. Wright. He is the author and editor of numerous articles and books, including Thomas: The Other Gospel (Westminster John Knox, 2007), Lost in Transmission: What We Can Know about the Words of Jesus (Thomas Nelson, 2007) and most recently Jesus the Temple (Baker Academic and SPCK, 2010).

Hays is Dean of the Divinity School and George Washington Ivey Professor of New Testament at Duke University, Durham, North Carolina. He is the author of several important studies in the New Testament, including Echoes of Scripture in the Letters of Paul (1989), The Moral Vision of the New Testament (1996), The Faith of Jesus Christ (2nd ed. 2002), and The Conversion of the Imagination (2005). 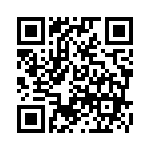