Christopher Balme holds the Chair in Theatre Studies at the Ludwig Maximilian University of Munich, Germany. His current research interests focus on the legacy of modernism in the globalization of the arts; theatre and the public sphere; and the relationship between media and performance. He is director of the Global Theatre Histories project.

Berenika Szymanski-Düll is Lecturer in Theatre Studies at the Ludwig Maximilian University of Munich, Germany. Her current research interests include international touring theatre in the 19th century, theatre and migration and Performance Art in Eastern Europe during the Cold War. She is an associate of the Global Theatre Histories research project. 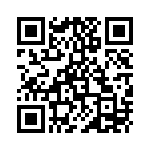