DONALD LUCERO, who traces his ancestry to 16 adult members of the Onate expedition, grew up in northern New Mexico where an indelible mark was left on him by the regions historical past. His study of this 350-year history resulted in his first book, The "Adobe Kingdom," a 12-generational study of two colonial families. Described by one reviewer as superbly researched and written," it was recently showcased at the National Hispanic Cultural Center in Albuquerque. Dr. Lucero was educated in the Las Vegas schools through college where he received his B.A. in history from New Mexico Highlands University. He holds graduate degrees from the University of North Carolina and the University of New Mexico where he received his doctorate in 1970. He now lives in Dartmouth, Massachusetts, with his wife, Beth, where he is a psychologist. "A Nation of Shepherds" is his first novel. 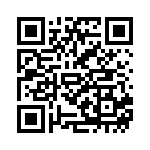