Mary Warnock was born Helen Mary Wilson in Winchester, England on April 14, 1924. She studied classics at Lady Margaret Hall, Oxford. She taught philosophy at St. Hugh's College, Oxford from 1949 to 1966. She was the headmistress of the all-girl Oxford High School from 1966 until 1972 and was the mistress of Girton College at the University of Cambridge from 1984 to 1991. She served on government panels that examined special education and laboratory experimentation using animals and was the chairwoman of the Committee of Inquiry into Human Fertilization and Embryology in 1982. She was appointed a dame commander of the Order of the British Empire in 1984 and became a life peer the following year. She took the title Baroness Warnock of Weeke and a seat in the House of Lords, from which she retired in 2015. She died after a fall on March 20, 2019 at the age of 94. 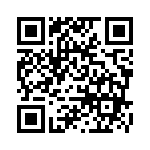